Heliopolis, known in ancient Egypt as the City of the Sun, but now a Cairo suburb, provides the vivid setting for Maio’s debut, a romantic thriller set during the early years of WWII. Gen. Erwin Rommel’s forces threaten Egypt from without, while the growing Muslim Brotherhood threatens the strife-torn country from within. A vacillating young King Farouk and a domineering British presence combine to govern uneasily. Into this roiling mix come American freelance reporter Mickey Connolly and Jewish refugee Maya Levi, who continually cross paths. American ambassador Alexander Kirk and spymaster Bill “Wild Bill” Donovan recruit Connolly to help them locate German refugee physicist Erik Blumenthal, who may be trying to get to Palestine. German spy Heinrich Kesner also seeks Blumenthal. The many historical figures lend authenticity, but it is Connolly and Levi’s romantic entanglement that drives this satisfying exploration of a key time in western and Middle Eastern relations.

….City of the Sun is a strong historical thriller that uses real persona and events to anchor a powerful storyline. Readers will feel they are in 1941 Cairo as Juliana Maio provides her audience with a taste of a divided, frightened, yet angry city expecting war. The romantic subplot adds hope and passion in the midst of strife. However, readers will relish the profound look at the early days of the Middle East dispute (interwoven into a superb drama) that still haunts the region and world decades after the end of WWII.

Juliana Maio joins the ranks of writers Andre Aciman and Lucette Lagnado, who were born in Egypt and the expelled along with their families during the Suez Crisis of 1956.

A love story and intrigue are mixed with historically accurate details to make a story that grabs your attention and keeps you engaged until the end. [Click here to read more.]

War book aficionados will be very pleased with this one; however, even if you’re not a military/history buff, this in-depth story is still one of the most interesting and thrilling reads imaginable. [Click here to read more.]

Juliana Maio is in love with life and it shows in her debut novel City of the Sun…As you read it and turn the pages, it’s easy to see a Hollywood movie following in the wake of this lush novel. I couldn’t put it down. [Click here to read more.]

Romance and characters’ personal stories are as important as a political plot, which touches on the fate of the post-WW II world, in this thriller that holds readers’ attention to the very end. Maio’s research is excellent, and the background it provides for present-day events in the Middle East is fascinating. The novel unfolds at a pleasant pace, the characters are sympathetic and Maio effectively uses three viewpoints to tell her story. [Click here to read more.]

As a fan of good historical fiction, I was quite excited to have a chance to read, and then early review for Library Thing, the book City of the Sun, author Juliana Maio’s debut novel. Maio didn’t disappoint. There certainly was the flavor of the movie Casablanca that was promised, but there was also wonderful insight and knowledge about Egypt during World War II. Prior to the war, Egypt had 80,000 Jews living in harmony with the Egyptian Arabs. Jews were an important part of the community, and the various groups worked and lived well together. This novel gives some insight into the way that harmony began to erode, all while telling a wonderful story that will no doubt become a Hollywood movie sometime soon. I had fun wondering which actors would fit well with each of the vividly depicted characters of the book. I strongly recommend this novel, and am looking forward to Maio’s next efforts.

Ms. Maio makes it her mission here to educate her readers about wartime Cairo and its pivotal role in the changed and changing Middle East…and she does it superbly…She spices up the telling with two sure bets, an espionage thriller and a romance. And, surprisingly, she handles both with assurance, delivering believability and a couple of really magic scenes. This is a highly diverting and educating piece, and I recommend it. It’s solid history delivered with multi-faceted appeal.” [Click here to read more.]

When Mickey Connolly, a young American journalist comes to the Middle East to report on the desert war, he is astonished to discover Libyans praising Hitler’s Third Reich and seeing their future as Nazi Germany’s allies. In Cairo, his “home” base, he encounters much of the same attitude, though it’s essentially more anti-English than pro-German. Egyptians had lived under British martial law since 1939, compromising the independence gained in 1936. With Rommel furiously approaching the Egyptian border, Connolly wants to wake up American readers to the facts and significance of this desert war theater. For much of the 1941-2 the time of the novel, the Germans seem unstoppable. [Click here to read more.]

Egypt in the early 1940’s was a mad house in every sense of the word, with General Rommel’s forces trying to blaze their way across the Sahara into Egypt and take the Suez Canal. While technically the Egyptians were no longer under British rule, England, France, Germany and the United States all had a stake in the mind numbing games being played in the city that was once called “Paris on the Nile”. [Click here to read more.]

I love a mystery Book Review

Unlike some of her predecessors, rather than pen an autobiographical account of Jews who were forced to leave Egypt, Juliana Maio stages the story of a cosmopolitan, cultural society that was once the envy of the Arab world, set against the background of World War II. [Click here to read more.] 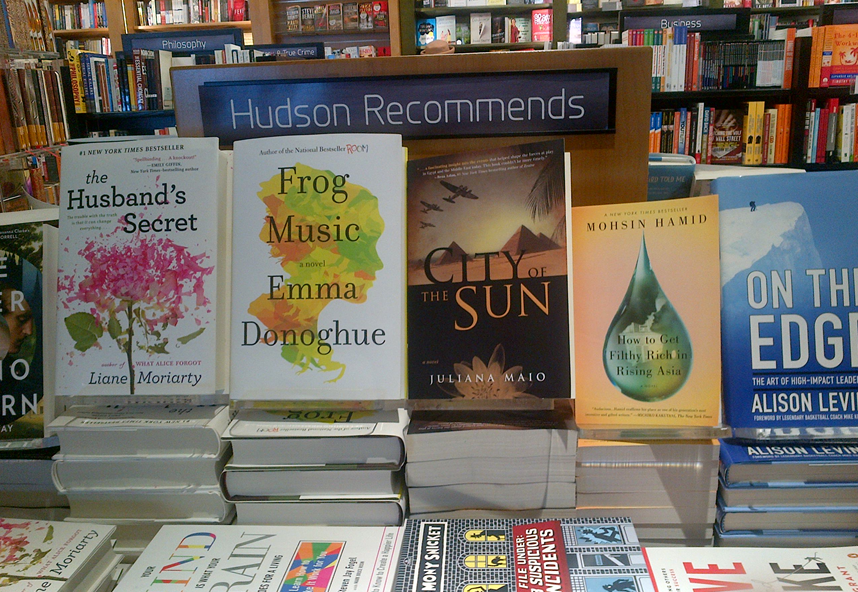